Long time member of Parkland Judo Academy – Jon Crisostomo – was promoted to rank of BROWN BELT  (1ST KYU) on June 19, 2018. This is a significant moment as it is the first time in 30 years that a student has attained this rank while still a member of Parkland Judo. A tremendous amount of pain, hard work and dedication went into achieving this significant goal. We are very proud of Jon and look forward to seeing his JUDO journey continue in the future. 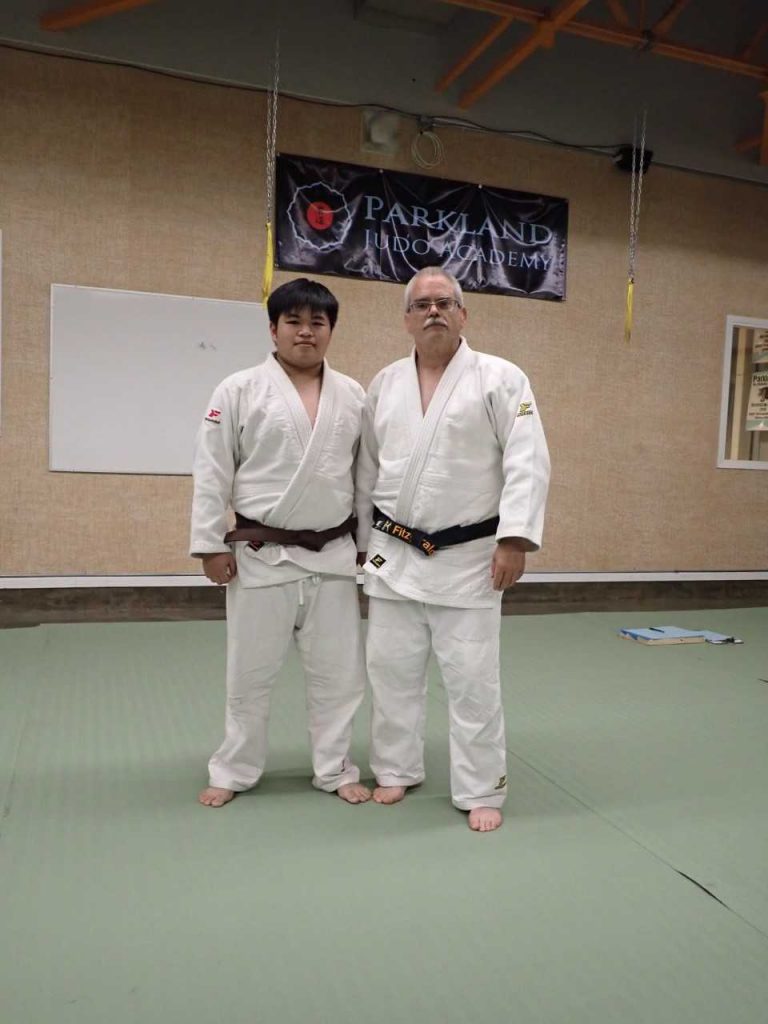 In the 2016/17 school year, the Parkland Judo Academy was fortunate enough to host our very first student teachers, Mr. John Ruch and Mr. Adrian van Erp.  Both had very successful practicums and we hope to see them in the future.  Mr. Ruch was particularly known for his torturous abdominal warmups… can you guess who he is from this picture? 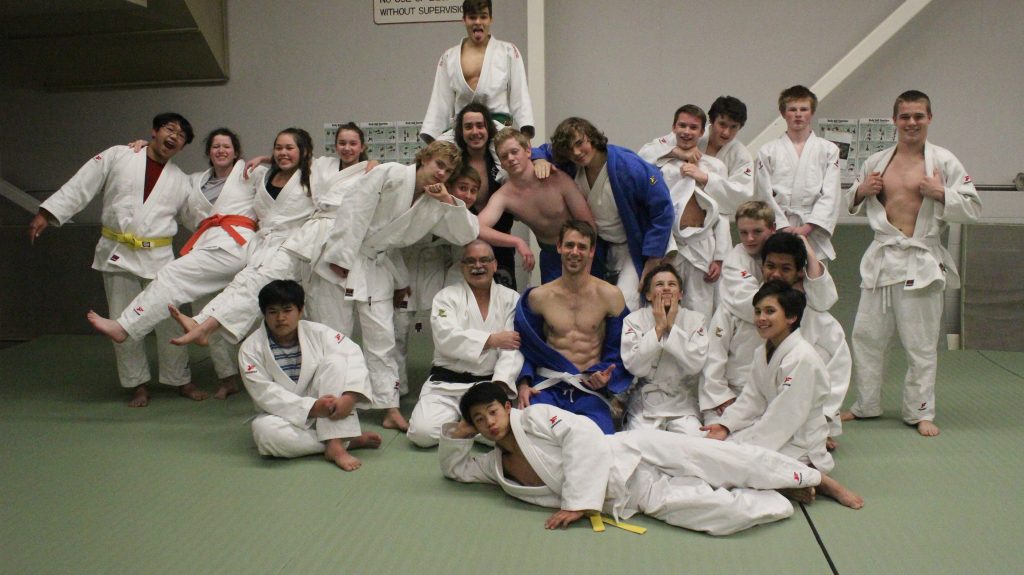 Ryan Janes of ZUMA demonstrates a bow and arrow choke on Todd Haspect, Clinical Counselor at Vancouver Island Health Authority. Both Ryan and Todd are regular guest instructors at the Academy. Ryan will be competing for the BFL middleweight title at BFL 35 on March 28, 2015.  Good luck Ryan! 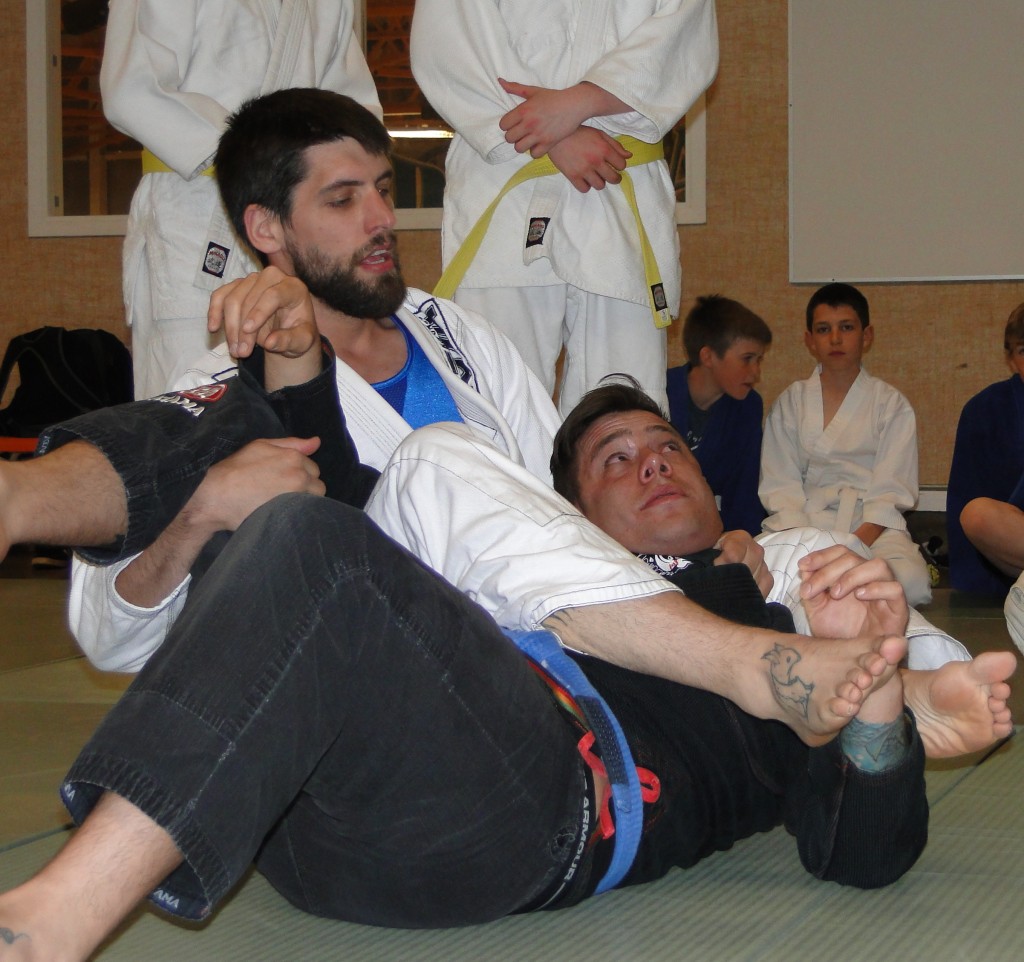 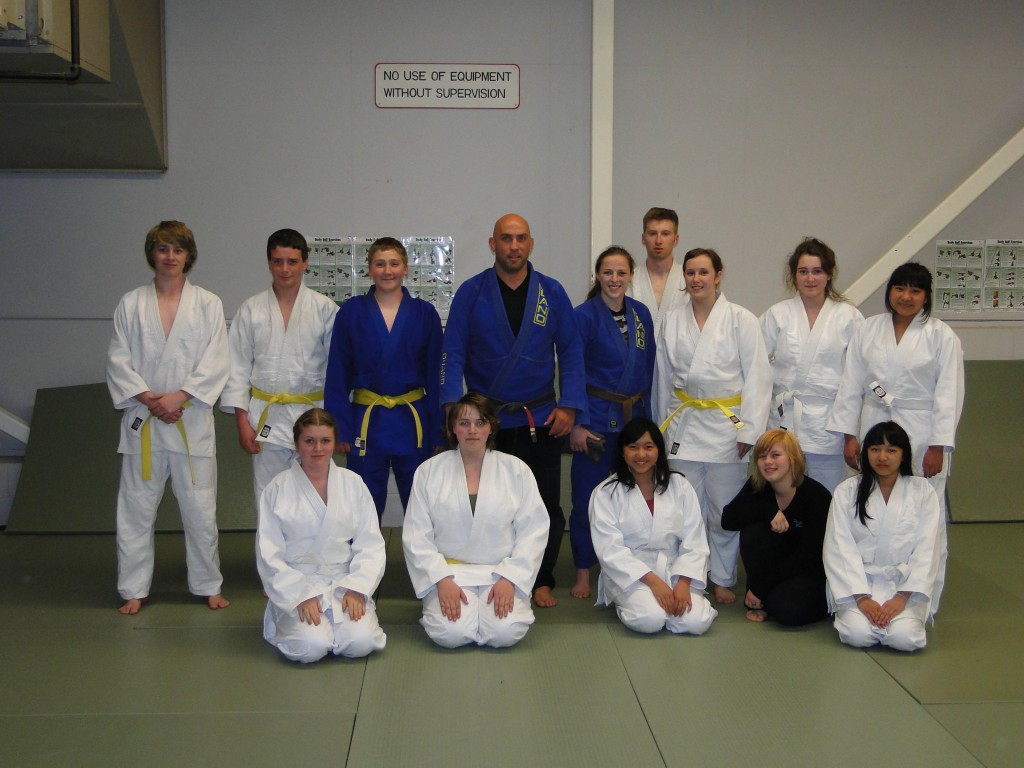 A big thank you to Professor Adam Zugec and Coach Sarah Kaufman ( http://zuma.tv/) for coming out to share some of their Brazilian Jiu-jitsu techniques with us.  Both Adam and Sarah are accomplished martial artists and outstanding instructors – we are already looking forward future visits. 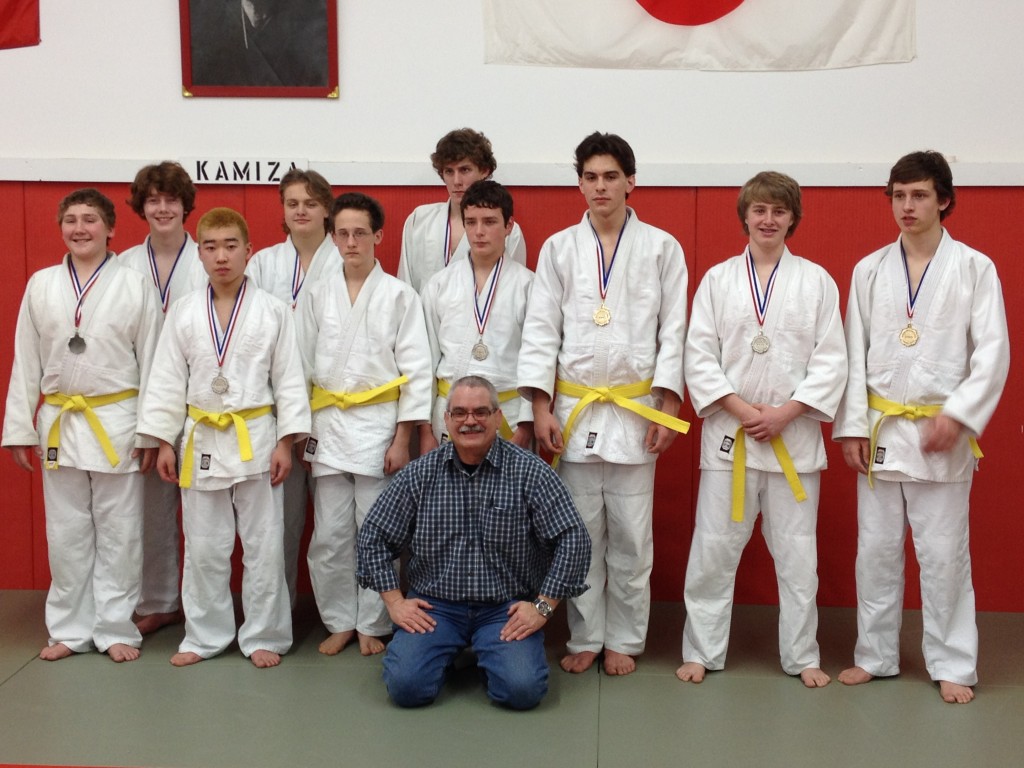 In its first tournament, the Parkland Judo Academy brought home nine medals including three gold.  Congratulations to the participating Judoka on your success and hard work!  Many thanks to the Campbell River Judo Club for hosting this event.