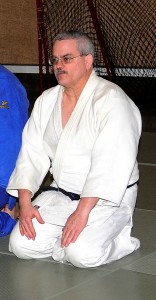 Mickey Fitzgerald began studying Judo in northern BC when he was ten years old.  He eventually moved to Victoriawhere he began to train under Mr. Y. Inoue (recently promoted to 9th degree black belt –Canada’s highest living rank).  At the age of 20, he moved to Japan to continue his dream of studying the highest caliber of Judo.  His six years in Japan provided him with the opportunity to train and compete with All-Japan, regional and international champions on a regular basis.

“In Japan, I found out what real Judo is all about.  As a child, I had a rough upbringing and being able to study Judo at that level helped me to find focus in life.  I even met my wife while training in Japan!  Judo has truly had a positive impact on my life in every way.”

Returning to Canadain 1986 with a rank of Yodan (4th degree black belt), Mr. Fitzgerald continued to compete in regional tournaments, including a trip to the Canadian National Championships in 1989.  Retiring from competition in 1989, Mr. Fitzgerald founded the Parkland Judo club which has been in continuous operation since then.  He was promoted to the rank of Rokudan (6th degree) in 2004 and shortly thereafter became the Chief Instructor of the Victoria Judo Club.  In 2013, Mr. Fitzgerald was awarded the Steve Sasaki Lifetime Achievement Award by Judo BC.   This award is given in recognition of individuals who exemplify the principals of Kodokan Judo and have demonstrated a lifelong dedication to promoting the sport of Judo.  Mr. Fitzgerald brings a rare level of expertise to any Judo club and a unique opportunity for students wishing to study Judo at Parkland.  Mr. Fitzgerald holds a Level II NCCP coaching certificate and is a member of the Judo BC grading board.  Mr. Fitzgerald also teaches Social Studies and BCFN courses at Parkland and is currently completing a Masters in History degree at the University of Victoria.

Spencer Gray began studying Judo in Cranbrook, BC when he was 9 years old.  At the age of 12 he moved to Campbell River, BC where he joined the Tyee Judo Club under the instruction of Sensei’s Butch Sloan and then Jim Ramsie.  As an adult, Mr. Gray rediscovered Judo through the Parkland Judo club and was promoted to black belt in 2009.

“Judo was and has been a very important part of my life. Through the challenging times I was able to lean on the discipline for strength. If it was not for judo and all the skills it has taught me I would not be where I am today. Not only is the physical and mental discipline attached to the sport lifelong, but so are the relationships with other judoka.”

Mr. Gray currently holds the rank of Shodan (1st degree) and is certified under Judo Canada as well as the Kodokan (center for Judo inJapan).  Mr. Gray holds a Level I NCCP coaching certificate.  Mr. Gray is currently the Vice Principal of the Saanich International School. 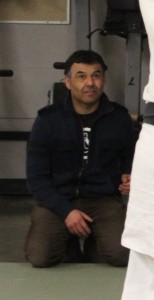 Jose Tudela was introduced to Judo in 2001 when Mr. Fitzgerald unexpectedly threw him with Tomoe-Nage while the two of them were exercising in Parkland’s gym.  Immediately impressed with how easily he seemed to fly through the air, Mr. Tudela began studying Judo in earnest shortly thereafter and was promoted to brown belt in 2009.

“I was also very impressed by the excellent physical conditioning plus the added emphasis on discipline, respect and tradition that Judo has.  To me, Judo is really a fantastic sport for developing positive relationships with students, instructors and other Judoka – we certainly have that here at Parkland.”

Mr. Tudela is a Social Studies, Spanish Language teacher and International Councilor at Parkland.  He is currently working toward completing his Level I NCCP coaching certificate. 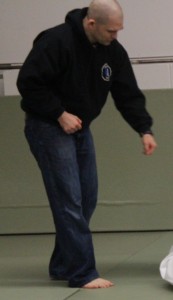 Andre Gogol began studying Judo with the Parkland club in 2007.  Having studied a variety of martial arts at young age, and having a lifelong interest in sport and physical fitness, Mr. Gogol was particularly impressed by the effectiveness and efficiency of Judo.

“The first time I got on the mats, I couldn’t believe how smaller, skilled Judoka could easily handle larger, more powerful training partners.  I remember I kept thinking ‘How can Tudela (who I outweigh by 50lbs) possibly keep pinning me?  I’m bigger and stronger and yet he can man-handle me on the mats!  There must be something about this Judo stuff that works…”

Mr. Gogol was promoted to brown belt in 2014 and hold a Level 1 NCCP coaching certificate.  In addition to studying Judo, Mr. Gogol has been training in Brazilian Jujitsu since 2009 in which he also holds the rank of blue belt under Adam Zugec and Marcus Soares.   In addition to being the regular assistant coach for the Judo Academy, he is the Visual Arts and Digital Media teacher at Parkland Secondary.